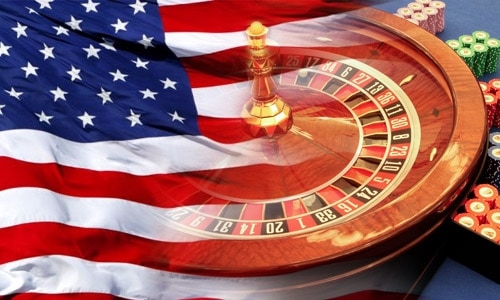 There's no denying that the United States has the biggest online gambling market in the world. Especially after the Federal Government said that the onus is now up to each individual state to legalize it. Believe or not the total income derived from gaming in the United States is a staggering $240 billion. We need to point out that the global revenue gained from online gambling stands at $21 billion. So, it makes perfect sense as to why states want a piece of this lucrative pie. Currently, U.S residents are lining the pockets of casinos based in offshore regions.

Question is, is state-by-state online regulation a good thing, or is it a bad thing? Well, one thing's certain the government no longer plays a role. Some say that it was a smart move since it shores up the government to focus on other matters. Therefore, it speaks volumes as to why certain states want to legalize gambling online. However, not every state in the United States is on equal footing as far as their gambling revenue goes. Some states are significantly smaller while others are behemoths like California.

How Did It All Start?

Let's wind back the clock to 2006. When then-president George Bush took over the reins he signed the UIGEA into power. This piece of legislation stopped American banks to clear credit and debit card payments from online casinos.

Long story short, it threw the proverbial spanner into the works. So, to speak at least. Shortly after big third party processing companies like Neteller exited the US market. Suffice to say, American's online gambling market was never the same after that. Some online casinos did not find the current market climate favorable at the time. As a result, they set up shop in regions like Curacao and Costa Rica. Just so that we're clear, online gambling is not illegal in America since the Federal Government does not ban it.

Many states in America now grapple with some form of legalized gambling. They have proposed bills lying on the tables waiting for the powers that be to sign them off into law. Unfortunately, it's far more complicated than it looks. Despite all the initial hot air such as creating extra jobs, and infrastructure.

For the most part, the revenue some states derive from gambling was not as good as they anticipated. New Jersey leads the race since it yields more than $225 million from casino games, sports betting, and poker rooms per year. Which is phenomenal, to say the least. And, the only exception.

At this stage, Nevada has no plans to launch Best USA Online Casinos which is a bit of a bummer. The state of Nevada is afraid that online gambling will cut into the revenue of its land-based venues. Yet, the state accepts sports betting and it offers several online poker rooms. Delaware, on the other hand, is the smallest of the three states. It offers online gambling, online poker, and sports betting.

Other Forms of Gambling

It's not Online Casinos In the United States, sports betting and online poker that's gaining traction, but daily fantasy sports too. As far as we know only Massachusetts allows bets on daily fantasy sports. New York and Nevada refused it outright while California is thinking of it.

When it comes to the regulation of online gambling on a state by state basis in America. Snail mail is faster. Only eight states have proposed bills that will legalize casino games, poker, lottery, and sports betting. While another nine states are in the process of signing bets on daily fantasy sports off into law. There's no doubt that gambling regulation is a tedious process. But, one thing is evident.  The while turns and it's turning slowly. In itself, gambling poses a few pitfalls, and regulators want to get it right the first time around.

What is exactly Book of Ra Deluxe Bingo?

SEASONS slot machine is waiting for you with 4 Wild…

April 28, 2016, No Comments on SEASONS slot machine is waiting for you with 4 Wild features

REGISTER NOW AND GET €100 FOR FREE   A slot machine which everyone should try. We have admired YGGDRASIL…